Mélania Trump is once again at the heart of the controversy 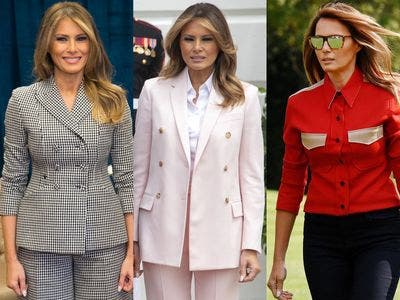 While the restoration project of the famous Rose Garden of the White House is controversial, Melania Trump has broken the silence. She gave some details about the project funded by donations.

The first lady from Uncle Sam’s country couldn’t have done better. In the middle of the presidential campaign, Melania Trump announced that she wanted to launch a major project in the gardens of the White House. It is about the restoration of the famous rose garden via its Twitter account.

According to our colleagues from Hello magazine, the wife of US President Donald Trump explained that through this project, she intends to « preserve its history and beauty » for future generations to enjoy.

The controversial project in question consists of making improvements to the power supply to facilitate the filming of television crews and the creation of two new aisles. That’s not all. The first lady also wishes to give more color to these places, by adding flowers and shrubs. The works should last about three weeks.

However, this initiative is not appreciated by many people. Due to the particularly uncertain economic situation caused by the pandemic, several of her compatriots believe that this work of renovation can still wait. Considering that the emergency is elsewhere.

Faced with this, the White House made it clear that the work will be supported by the National Park Service and funded by private donations.