A cat thrown out of the window of a vehicle on the highway, a motorist denounces the scene 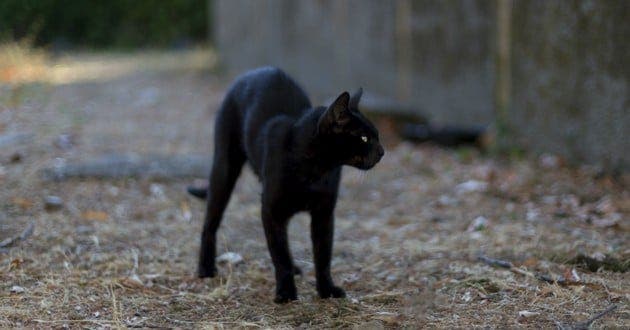 It’s on the A 660 «  road just after the hyper U Gujan-Mestras roundabout at the start of the motorway to go towards Bordeaux « , which the driver decided to get rid of of his domestic animal. The owner of the little cat simply lowered the window of his vehicle before throwing the mammal overboard. The scene took place on Wednesday July 31, 2020.

Unfortunately for this motorist, a woman has followed the scene in his vehicle. Stunned by the action of which she was witnesses, the latter called the gendarmes to inform them of the situation.

The woman did not stop there. She used of his Facebook account to denounce this horrific act of cruelty to the animal. « A black kitten has just been thrown before my eyes, ” she said.

Determined to do justice to the animal, the lady whose identity real was not revealed launched in pursuit of the mis en cause. She made a photo of the license plate of the vehicle to allow investigators to find more easily the motorist who threw the animal overboard.

The cat in question was found dead on the road. An investigation was open to the gendarmerie. The respondent could receive a sanction ranging a fine of 30,000 euros at 2 years of jail.